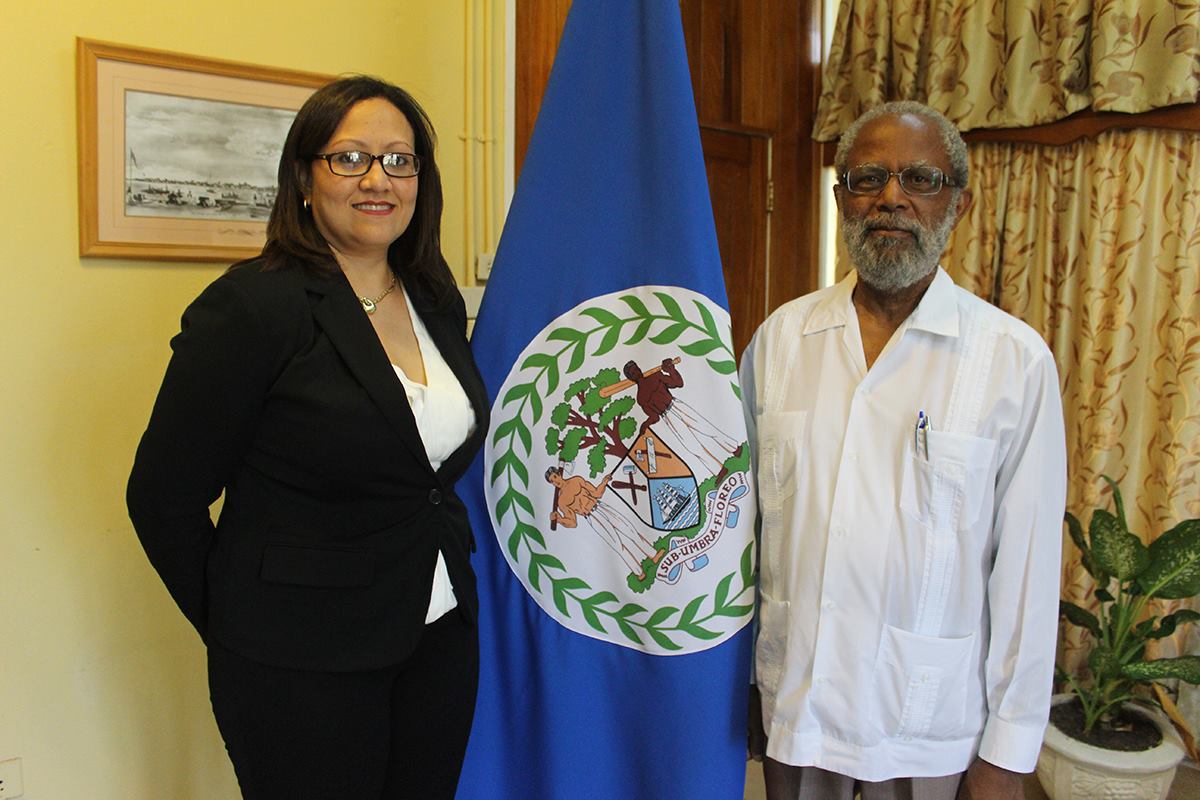 Belmopan. August 15, 2016. This morning, the Attorney General Hon. Vanessa Retreage was officially sworn-in as a Senator and a Minister. …

Ms. Retreage was first sworn-in as a Senator before the President and other members of the Senate at the National Assembly Building during today’s Senate Meeting. Thereafter, the new Senator took her Oath of Allegiance, as the new Minister of Natural Resources, before H.E. Sir Colville Young at the Belize House.