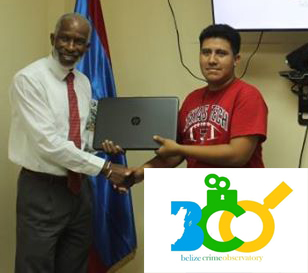 On the 11th of April 2016, the Ministry of National Security
launched a nationwide “Logo Design Competition “tour. The
team visited all the tertiary level institutions in the country of…
Belize. This is a first glance at the expected functions of the Belize
Crime Observatory thus beginning the sensitization process.
Entries were received the following institutions: Ecumenical
Junior College, Centro Escolar Mexico Junior College, The
University of Belize, Wesley Junior College and Saint John’s
College Junior College. There were a total number of eleven (11)
submissions.

The winner of the Logo Design Competition was Mr. Gabriel Nah, a student of Saint John’s College Junior College in Belize City.