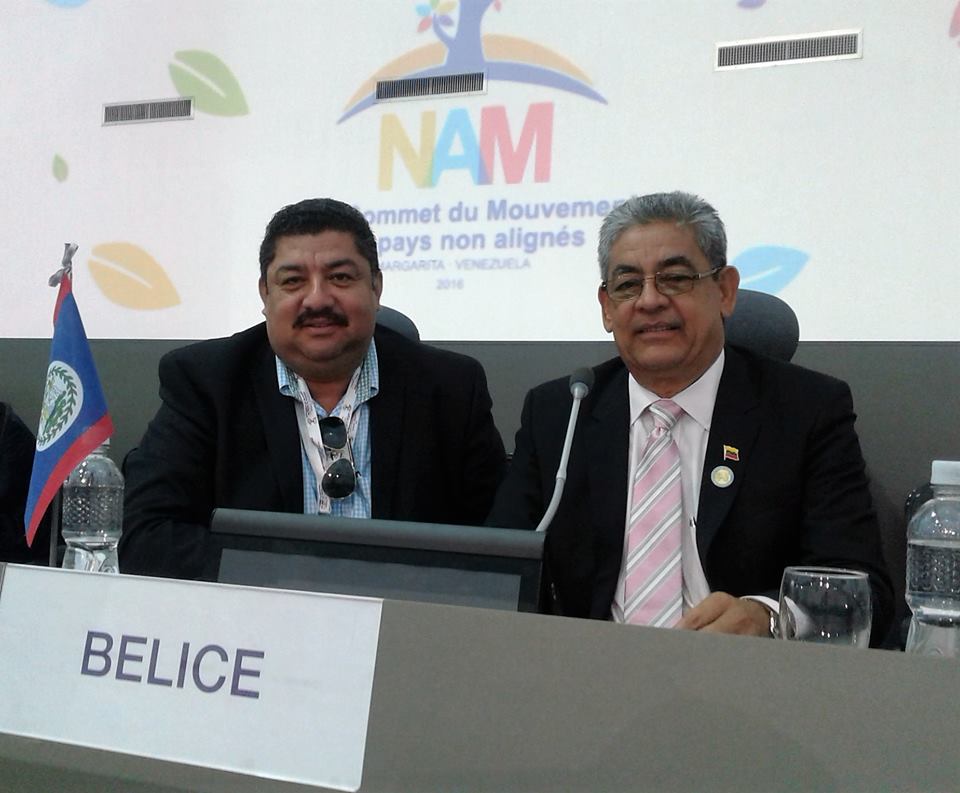 Margarita Island, Venezuela. September 18th, 2016. Belize called on Member States to hold to the 2030 Development Agenda agreed at the United Nations in 2015. Minister of Agriculture, Fisheries, Forestry, the Environment and Sustainable Development Hon. Gaspar Vega then reminded countries that “the value that… we extract from this forum is proportional only to the vision that we are willing to bring to this fine table as leaders and thinkers” when there were calls for the revitalization of the Movement.

Minster Vega stressed the theme of “Peace, Sovereignty and Solidarity for Development” in relation to respecting Venezuela’s sovereignty as they face complex external and internal political challenges.

Minster Vega added that the purpose of PetroCaribe was as a mechanism for economic self-determination and noted that Comandante Chávez’s vision has been raised high by President Maduro. Minister Vega further stressed that despite intense political and economic pressure on Venezuela about the agreement, that it has become one of the most useful vehicles for development for Belize and for the Caribbean and should be supported because it is “regionalist, internationalist, pro-people and pro-poor.”

After his statement, Minister Vega met with President Nicolás Maduro Moros as an expression of solidarity and support on matters of mutual benefit Venezuela and Belize.

Belize’s statement at the 17th NAM Summit in Venezuela: http://bit.ly/2cHcygh