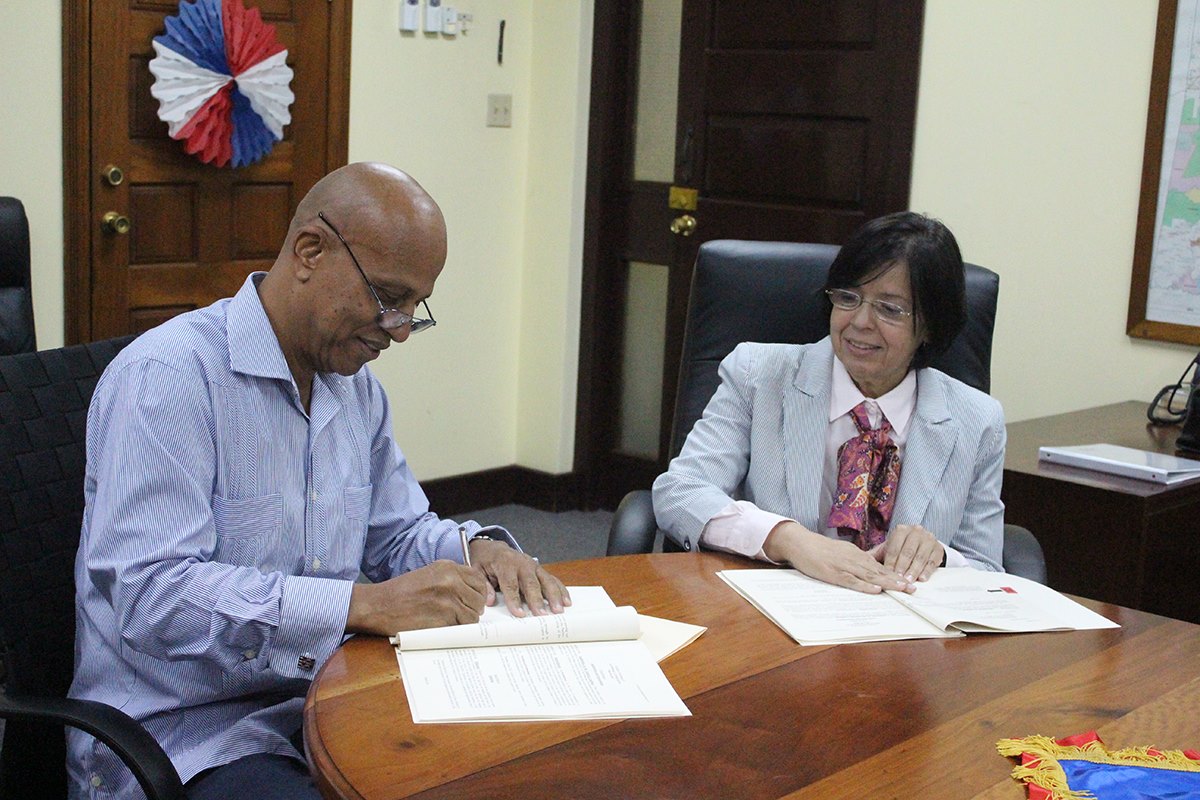 Belize to Improve Solid Waste Sites in the North and South

Through the five-year program, which is valued at US$10 million, major tourist destinations in Belize will be provided access to a sanitary landfill. The project will cover the expansion of the Mile 24 Regional Sanitary Landfill, including the construction of a new cell for final disposal; the closure of six (6) existing dumpsites which will be replaced with transfer stations; and the strengthening of the Solid Waste Management Authority (SWaMA) as the lead agency in the waste management sector.

The Government of Belize will provide US$200,000 in local counterpart funding and the executing agency is SWaMA.
Also present for the signing were Minister of State in the Ministry of Finance, Hon. Dr. Carla Barnett and Financial Secretary, Mr. Joseph Waight as well as other representatives from the IDB.