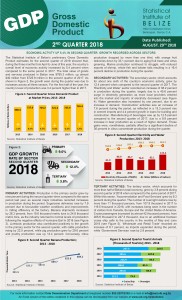 While Prime Minister Barrow has not been back in the country too long since his surgery in Cuba, he is already demonstrating his full engagement in the affairs of the country. He held a press conference on Monday, October 29, 2018 where he exercised that engagement. His first item of the day was the always-important: Belize’s economy. The Prime Minister started quoting a Central Bank memo of Friday, October 26, 2018. What stands out is that when we compare the first half of 2018 to the same period of any year since 2015, this year’s GDP growth is something to talk about.GDP_2018_02_Quarter

On Wednesday, October 31, 2018, Hon. Manuel Heredia, Minister of Tourism and Civil Aviation, and Director of the Belize Tourism Board, Karen Bevans, held a press conference to inform the public of the next steps to be taken to address the sargassum problem plaguing Belize and the greater Caribbean. In September 2018, there was a massive influx of sargassum in 4 tourism destinations: San Pedro, Caye Caulker, Placencia, and Hopkins. 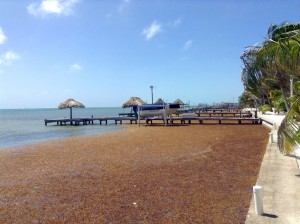 Rt. Hon. Dean Barrow announced on Monday, October 29th that the push to improve the country’s infrastructure is continuing without slowing down. He noted that currently the Airport Link road between Mile 8 on the George Price Highway and Ladyville is moving apace. 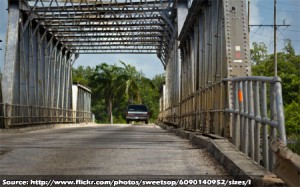 Complaints about the delivery of services by the lands department is quickly slowing down after Hon. Hugo Patt took over the affairs at the ministry. 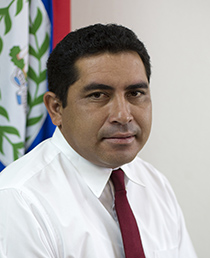 Download the file to view the nearest registration stations in your area.
Voters Registration Center After securing a load from the OPEC Fund for International Development (OFID), the Government of Belize has embarked in a loan agreement for the Caracol Road Upgrading Project. After the loan motion was tabled at the Senate in March, it has finally been approved. In this project, monies will be spent toward improving 26.4 miles of the Caracol Road. The signing of the agreement took place on Thursday, April. 26 in Belmopan where Rt. Hon. Dean Barrow signed on behalf of the Government of Belize and Director-General Dr. Suleiman Al-Herbish signed on behalf of OFID.
Those 26.4 miles of road are currently gravel and will be upgraded to an all-weather, paved road and is only the first phase of the project. This first phase will also see the construction of five double-lane concrete bridges. Also as a part of this project, the Georgeville and Santa Elena access roads to the Caracol archaeological site will be upgraded as well as an additional 9 km from the tripartite intersection.
According to Prime Minister Dean Barrow, the upgrading of this road “is going to be a monumental achievement, a tremendous leap forward for this country in terms of what it’s going to mean with respect to tourism and also to agriculture.”
Dr.Suleiman Jasir Al-Herbish, Director General, OFIC, says that the loan agreement “builds up the well established framework of cooperating between OFID and Belize which has reached $131.4 million dollars, to recognizing the importance and critical situation of transport infrastructure in Belize OFID has directed nearly two thirds of the volume of its assistance towards enhancing the transport sector of the country.”
Procurement of supervision consultants and construction contractors will now commence. Mayor Ashton Mckenzie and the Punta Gorda Town Council has unanimously approved a 15 percent salary increase for all employees of the Sanitation Department.
The council’s official press release reads: “In a recent meeting, members of the Punta Gorda Town Council unanimously approved a 15 percent increase for the workers of the Sanitation Department. For years the Sanitation workers have been the least paid members of staff and are amongst the hardest workers. This increase is scheduled to take place effective Friday May 5th 2018. To members of our sanitation unit, we salute you on a job well done.”
The council has been able to afford this raise by making strategic adjustments in operations. In less than two months in office, Mayor Mckenzie’s administration has managed to reduce the council’s monthly operating expenditure by over $28,000. A variety of cost saving mechanisms have been instituted. Mayor Mckenzie promises that his team “we will be executing capital projects that are in line with the needs of the town on a quarterly basis.” “I want to make you one promise. I will find the funds to build a dedicated first class basketball facility. The achievement of team Belize deserves no less.” – Rt. Hon. Prime Minister Dean O. Barrow.
Belize City was buzzing with excitement when the Civic Center opened up for its first semi-pro basketball game on Monday, April 30. The event marked the fulfilling of a pledge that Prime Minister Barrow made to Belizeans at the end of a motorcade for our national basketball team. The Jaguars had just returned from Cancun, Mexico after lifting the spirits of an entire nation by winning the silver medal at the COCABA Championships. The outpouring of love by Belizeans who lined the road sides when the team return to the country was all the evidence the administration needed to see exactly how much can sports unite a nation. This event prompted the greatest investment in sports development in Belize’s history.
Prime Minister Barrow has committed and spent almost $100 million towards the construction and rehabilitation of sporting facilities countrywide since the COCABA silver medal winning team returned to Belize. Since the last general elections, multi-purpose sports facilities have opened up across the country and the opening of Civic was the culmination of this commitment to sports development. This was one of the reason the UDP was bold enough to proclaim that the Best was Yet to Come.
Over 4,500 Belizeans made it out to the opening of the Civic Center on Monday. This was the largest crowd ever gathered to witness a sporting event in the country’s history; in large part due to the fact that this was the first sports facility built to fit that many people inside. The well-known quote from the classic movie “Field of Dreams” comes to mind: “Build it and they will come.” The experience inside the Civic was amazing. The air conditioning system alone was good enough to satisfy all the curious patrons. Then the event planners showed off the dynamic lighting system that switches to spotlight mode or back to total illumination in a split second. There were flame throwers, surround sounds, numerous exits and photoshoot worthy bathrooms.
Critics of the Civic Center have been silent since the opening on Monday night. Belizeans across party lines have expressed how proud they are of the new mecca of entertainment in Belize. The United Democratic Party has once again delivered on a promise to the people.