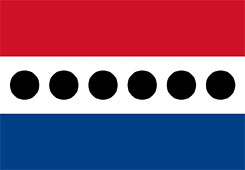 UDP Red White and You Convention

As could have been expected, the United Democratic Party held and extremely successful National Party Convention on Sunday February 17th at the Andres Campos Civic Center in Corozal Town. Some 8 thousands party supporters gathered as the party’s national convention delegates, 567 of them came together to make important decisions for the forward movement of the UDP.

During the convention, what took center stage was the election of officers which included that of the 1st Deputy Party Leader, Party  Chairman, and Deputy Party Chairman. At the end of the voting the Deputy Party Leader’s position was taken by Hon. Gaspar Vega  who received 311 votes while Hon. Patrick Faber received 233. Taking the Chairman’s position was Alberto August who secured 379 votes while Roosevelt Blades got 183 votes.  Holding the position of Deputy Party Chairman is now Fern Gutierrez who received 378 votes while Roger Espejo who also contested the position received 180 votes.  If the votes do not add up to 567 votes its because there was one delegate who did not vote while the others represent spoilt ballots.

For those who speculated that the convention would have created a rift in the party, it was quite the contrary as immediately after the votes were counted and the winners decided, Hon. Vega and Hon. Faber congratulated each other inside the counting room with a hearty embrace. The feeling continued as they made their way out of the counting room and Hon. Patrick Faber embraced and raised the hand of Hon. Gaspar Vega to acknowledge his victory.  Then it was on to the stage where the theme of unity resounded with Hon. Faber endorsing the party’s leadership and pledging his unwavering support for the United Democratic Party.

Echoing the sentiment of unity was the Deputy Party Leader who explained to the gathering that the convention proved that the party was indeed a democratic one and one which would be able to move on after the votes were counted.

For his part, the Party Leader, Hon. Dean Barrow explained that while Hon. Faber was not successful, he has a position in the leadership of the party waiting for him. Another major announcement which  he heralded was that he would be leading the United Democratic Party to a third general election and based on the party’s accomplishments thus far almost guaranteed a victory when that time comes around. He went on to highlight those accomplishments to thunderous applauses from those gathered.